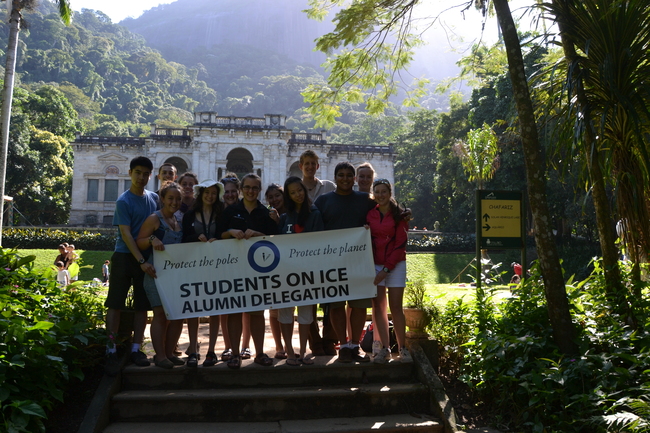 I cannot disagree with the general consensus that multilateralism has failed and the outcome document from the Rio+20 conference was not binding but rather a political declaration. From June 20-22, heads of states from around the world convened at Rio de Janeiro to share their thoughts on sustainable development and adopt the Rio+20 outcome text titled ‘The Future We Want’. 718 countries have made voluntary commitments at the Rio+20 United Nations Conference on Sustainable Development. While hopes and expectations were ambiguous heading into this “historic opportunity to define pathways to a safer, greener, and prosperous world”, civil society members including NGOs, youth, and indigenous people did not feel the results were strong enough to address the increasingly difficult challenges we will be facing, especially developing nations and small island developing states (SIDS).

While the conference failed in securing political commitments,

as Jeffrey Sachs said during the panel on “Economics for Sustainability”. The level of participation was highest at this conference with over 40,000 accredited delegates and up to an addition 20,000 or more being involved in events around the city. I see this aspect of the conference to be its biggest success. We had the ability to participate on high level discussions and attend the plenary meetings – this level of transparency and access is seldom given to the public. Further, the quality of the side events and the discussions happening at the conference centre in person or in the twitter-sphere amazed me. It made me realize the urgency to act was shared by everyone and that we all wanted to contribute to this global movement. David Suzuki and his daughter Severn Sullis-Suzuki also attended the conference to speak against the lack of action. It was interesting to hear Severn’s thoughts as she had addressed the UN body at the first Rio Earth Summit in 1992. 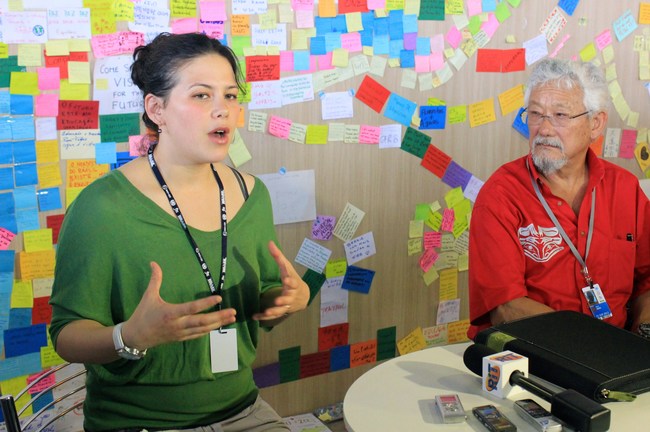 I was a delegate at the conference on behalf of the Students on Ice Alumni Delegation. As students who have been on learning expeditions to the Arctic and/or Antarctic regions, youth from Canada and worldwide decided to embark on this journey to advocate for the importance of the polar regions in the context of sustainable development. It is our position that protecting these fragile ecosystems is of paramount importance as environmental degradation has global consequences. If these regions are compromised, global sea levels will imminently rise but additionally the global ocean system will be irrevocably affected. With increased ocean acidification, unique threats will adversely impact the marine organisms and the livelihoods of humans around the world. In addition, we are striving to build on the success of the Antarctic Treaty and help achieve a carbon neutral Antarctica. Finally, we have demanded the rights of Indigenous communities are recognized in the context of Arctic resource development. With increased human presence in addition to the effects of climate change, we presented a recommendation paper and worked with national delegations and organizations to provide a voice for the Polar Regions.

With respect to the goals of our delegation, this conference is only the beginning. We hosted a side event where Ambassador Ronald Jumeau of the Seychelles Islands spoke about the connection between the SIDS and the polar regions; Dr. Erli Costa discussed the importance of Antarctic conservation as a research scientist with APECS. Through the relationships we have built with individuals, organizations, and government officials, we intend to continue the conversation and prioritize this issue on a global platform. A recent special report in the Economist highlighted that while we are “likely to lose a lot of the unique Arctic first” even if we get a “grip on global warming” soon, which we must do. The world needs to understand the complexity of climate change and the intricate factors that contribute to it. Although world leaders seem to be focused on adaptation policies, mitigation of the impacts definitely require a focus on the Arctic and Antarctic and monitoring its state closely.

I would encourage you to continue to build your knowledge on these issues. An educated civil society can enable the public to push for change and demand their governments to change their priorities. Peter Kent’s speech at Rio+20 on Canada’s path to sustainable development did not address any concrete steps but rather generalized and ambiguous sentiments. As a Canadian, I am frustrated and shocked that the country who pioneered environmental changes is now barely audible and is repealing environmental laws to fast track economic development. As a Bangladeshi native, I am also displeased at the government’s lethargic pace of action and worried about how the people will respond to the changes that will inevitably come their way.

Despite the failure in achieving concrete actions, I would like to see this conference as another step forward in achieving sustainable development. Admist all the negativity regarding lack of political will, it has been amazing to see the power of public citizens in demanding change. When 50,000 protestors took to the streets to speak out for the future they wanted amidst the negotiations, I felt inspired and hopeful that we could change. With any movement, it is our moral responsibility to provide the voice for the issues we care about and also to speak for those who cannot speak for themselves. In speaking with Dr. Sylvia Earle, a marine biologist and National Geographic explorer, I was amazed at her conviction as she encouraged the youth to be active. She bluntly stated that

“the economy cannot succeed unless the environment succeeds”

reinforcing the fact that there should not be a dichotomy between the economy and the environment.

Over the next while, I will be arranging some sessions to share my experience and engage in dialogues about sustainable development. To continue the conversation, contact me at fatin.chowdhury@gmail.com or tweet me @fatinic. Let’s join the global conversation!

Sept. 26, 2015 - The march continues off Queen Street and everyone is headed back towards the community centre. I am standing on the sidewalk and as the last batch of people move ahead of me, I hear two white men talking to my side. “It’... Continue →